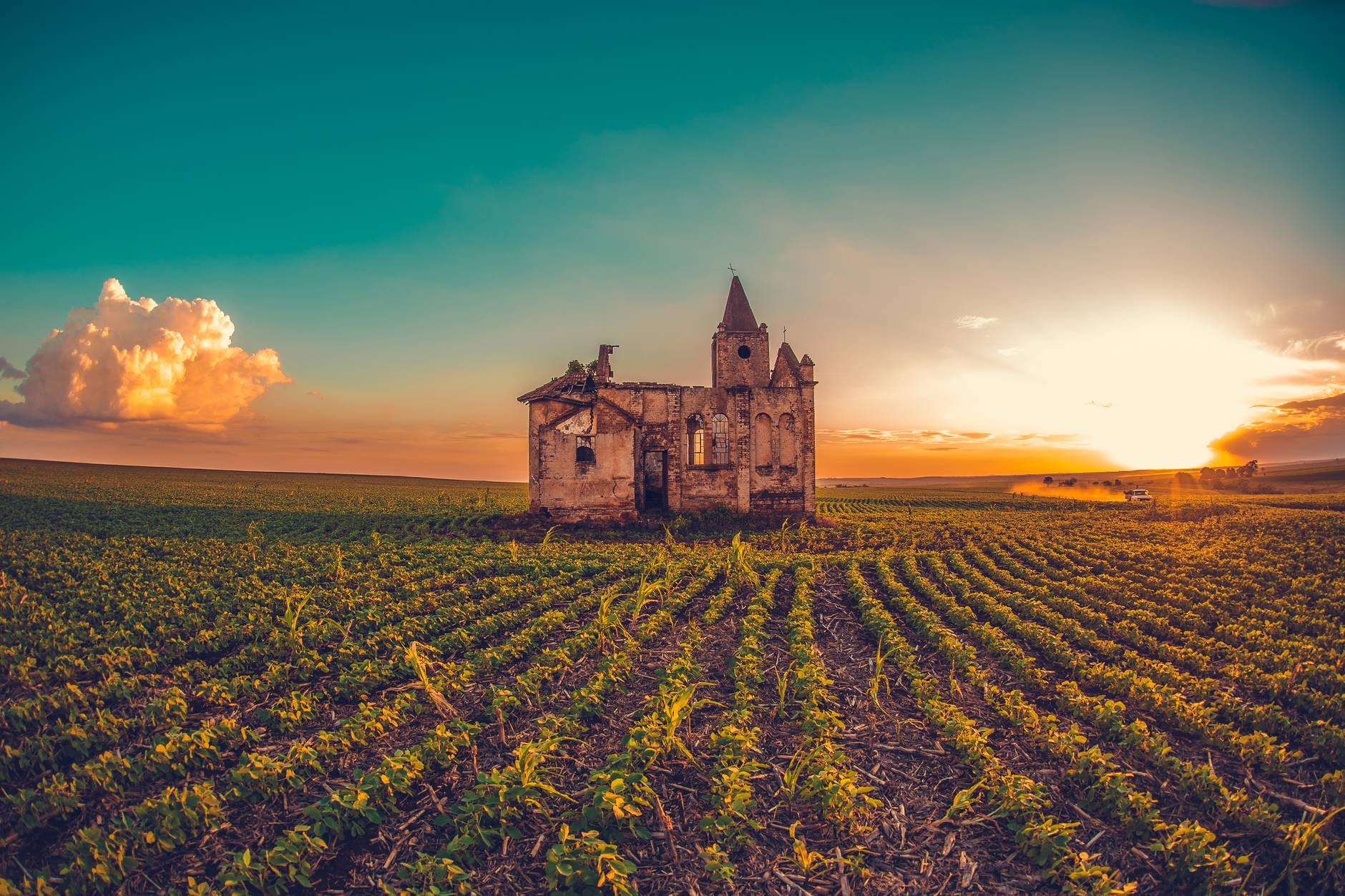 The dusty dry yard was nearly silent in the sweltering heat, the only sounds breaking through the oppressive heat haze were the distant buzzing of cicadas in the distance and the repetitive clicking of knitting needles emanating from under the sagging awning of the front porch. Two figures could be seen there on the bench swaddled in clothes that seemed too dark and far too heavy for the desert conditions.

Their hands, gnarled and bloated like old tree roots, moved with a fluidity and speed that spoke of years and decades of practice. After what seemed like days in the oppressive heat the clicking finally slowed, subsided and stopped for the first time in what seemed like forever. One of the forms stretched her arms out in a long extended yawn, the moment let out a such a series of loud sucking popping sounds the cat curled up at her feet stirred for long enough to shoot an irritated eye up at the crone before returning to its all-important nap that she’d dared to disturb.

Bony fingers trace along the long folds of fabric that had piled up beside them. The base of which thrummed with such violent explosions of vibrant colour that in the direct sunlight it hurt the eye if viewed directly. But as the fabric continued the colours became duller and duller, muddied and worn. By the centre of the pile they had become so dark as to seem like pale imitations of their origins and now sitting on the top of the pile the colour had all but bleached away to leave nothing more than a white peak like the snow-capped crags of a mountain.

“Such a beautiful tapestry you wove little one.” She crooned out to the figure in the yard

Soteria, evidently the other figure, kinder, with a smoother gentler voice, reminded him of an archetypal grandmother, the one who would always bring cookies out the moment you arrived. Melinoe turned with what the onlooker imagined to be a baleful stare. He could feel the cold hatred of that stare and given the burning heat that surrounded him it must have had a millennium of weight behind it. Which despite the horror of everything made his cracked lips part in a smile.

Melione sniffed audibly before turning back to the onlooker. He was suspended by wire, fixed to the pole a few meters of the yard. His skin was burned raw by the sun, face caked by salts like a Halloween mask, lips and flesh shrunken and dehydrated. He’d stopped breathing a long time ago but no matter what he remained, trapped in amber. Watching the women weave and knit.

“Do you know what this is, Peter?”

Peter. That was his name, he remembered it now, clinging to his memories as he clung to his shrivelled corpse. He could perceive on some level that the thread of yarn spooled out in tapestry was something important to him, but every idea was a vagary, every time he tried to think it broke apart like a murmuration of starlings. He would have responded but his tongue was shrivelled like some dried date in his mouth, so he just hung there hanging and motionless.

“It’s your life, Peter. All of it, from the beginning,”

Melione ran her taloned fingers along the base of the pile disturbing the vibrant shades. Peter saw days on the beach, playing in the park, climbing trees.

Her hand ran to the white bled out topping of the pile, Peter saw tubes and hospital beds, smelled chemicals and rancid shit.”

“Peter.” The voice snapping him back to the yard

“This is your life Peter,” soothed the gentle voice of Soteria “It’s all you’ve done before you came here. You have been both good, ” the sound of an infant crying with joy, ” the bad” a screaming argument, breaking glass, ” and the ugly…” the sounds of fire and panicked screams.

He wanted to be able to speak, to apologise, to beg or plead, to explain how he was drafted, how the training drove him to follow orders, how the burning villages were orders, how it wasn’t his fault.

But with everything laid out bare before him, every choice he’d made blotching the fabric of his life knitted before his eyes, he knew excuses from honesty. He knew his life had been part fate but part choice, part Soteria and part Melione. He couldn’t even vocalise his apologies at this point. Too late, far too late.

Soteria held out a blade before her, ancient and terrible, unknown but familiar, carved from the jaw of some ancient beast of labor. His soul tensed against the withered body, not wanting this. Not wanting judgement. But her kind eyes were blank and decided.

“We’ll keep your fabric Peter, it’s such a beautiful beginning, may what’s coming help prepare you for what happens next”.