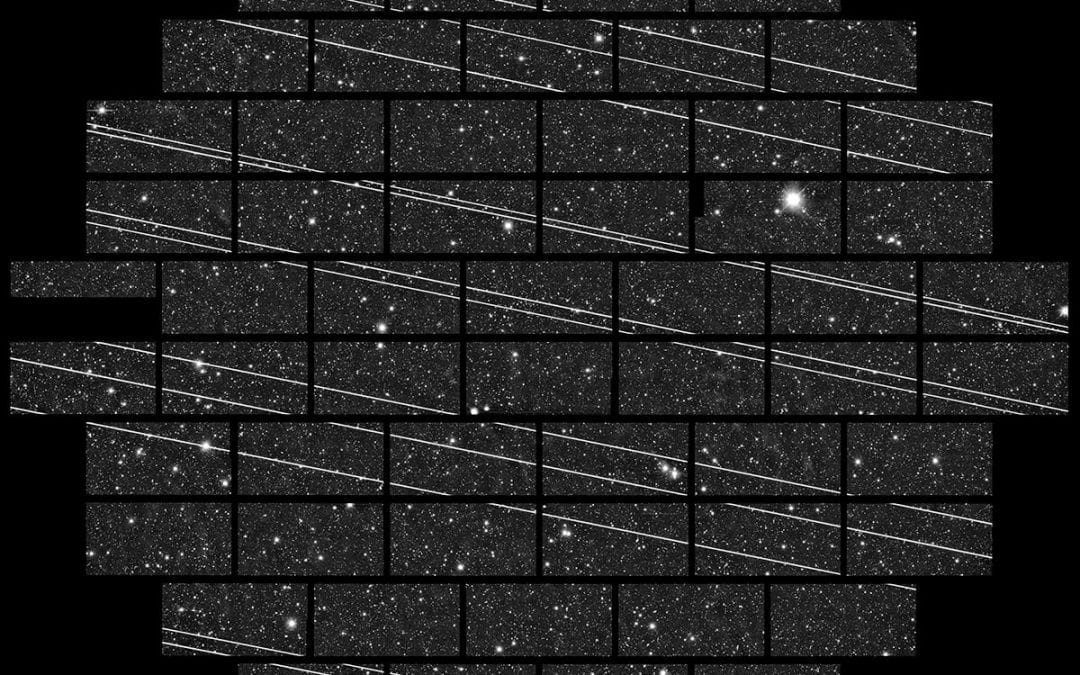 SpaceX and StarLink and numbers, Oh my! (Part 1)

I’ve been reading a lot on Twitter about StarLink the SpaceX project and a whole range of adverse reactions which tend to boil down to:

I freely admit I am no expert; I am pretty good with numbers and a rational human being. So I’m going to write a few articles, trying to address each point, then end up with some conclusions. Hopefully, I will cover the good, the bad, and perhaps the ugly sides of the Starlink project. Of course, I’ll list all my references for the interested. But before I get to that for the people clueless about what Starlink/SpaceX is doing, I’ll write a synopsis. For those who familiar, feel free to skip to the meat of the article.

What is Starlink, a beginners guide

StarLink is a massive constellation of satellites designed to bring broadband of up to 10Gb bandwidth 1 to rural difficult-to-reach areas where traditional telecoms have been neglected. This is not necessarily designed to help reach households or B2C, as many usually interpret it. It’s also to offer whole communities, schools, businesses, farms, and logistics groups. According to a keynote speech in 2020, Musk stated

So we’re talking the very fractional edges of the existing telecom market.

In short, StarLink is going to reach those people who are having difficulty convincing their cable/telecom provider to expend the capital to wire them into hard-line broadband. It’s definitely not a humanitarian system to reach the poorest in the world. Even in Affluent countries such as France, the UK, and the USA, there are no signal areas where broadband is a dream for the schools, farms, and businesses stuck in one of these zones which currently have few options open to them 2.

The primary purpose of this has been stated clearly from the start. SpaceX will need billions in capital to create a working Mars colony. Starlink will be a cash-cow people, and businesses are willing to pay for it because it solves a problem not currently being solved by existing telecom groups.

But launching all that metal into space will come with caveats and issues. So now onto those

Despite claims from many Muskites to the contrary, this is sadly an inevitable side effect. There is no positive light (Haha) one can spin on this element. Having 40k+ satellites in LEO is going to affect someone and particularly ground-based astronomy. To put it in context (at time of writing) that there’s around 5500 artificial satellites current orbiting earth 3. SpaceX intends to multiply that number by nearly 8 times with their singular project. That’s a paradigm-changing shift in satellite numbers, but they are not alone; there are other proposed mega-constellations from OneWeb, Telesat, Kepler Communications, and even Amazon.

How bad is the light problem ?

There is a whole range of answers to this question, from raging rejection and calls to write petitions against constellation projects 4 all the way to hand waving dismissal. It entirely depends on who you’re talking to. Obviously, the most concerned people are ground-based astronomers and astrophysicists who will have exposure shots ruined by satellites. It’s worth noting this isn’t a new problem; even Hubble, at an orbit of around 550 km, has fallen prey to passing satellites, as Alex Parker can attest:

In short, astronomers have legitimate concerns. To add to the confusion for the general public, the amount of reflection depends on a myriad of factors including, when they were launched, orbital position, satellite angle to the earth and sun, and even the latitude of the telescope being affected will all have some impact of the light pollution.

The Starlink satellites are considerably brighter immediately after launch and during the orbit-raising phase, which will take up to one week. The Starlink train (“strings of pearls”) has now been seen internationally, and while fascinating and even exciting to the public, it’s a troubling omen for those concerned about what is to come.

Satellites spend a small fraction of their lives orbit raising or parking and spend most of their lives on-station. It’s important to note that only about 300 satellites will be orbit raising or parking at any given time. The rest of the satellites will be in the operational orbit on-station. 5 So the frequency of new launches will also be an element to think about. Currently, SpaceX is pursuing an aggressive launch schedule of nearly two launches each month of around 60 satellites.

If you’re trying to visualize why satellites reflect so much light, take a butter knife and hold it up at arm’s length with the blade at a right angle to your arm. If you hold the blade, so the edge is facing your eyes, you’ll barely perceive a line; the more you turn the knife-blade, however, the more and more of it you’ll see. At the worst angle, you’ll see the whole shape of the knife reflecting light into your eyes. Voila, you’ve just replicated the reflection issues at various stages of satellite planes.

What are the solutions?

Just as there are a lot of factors that cause problems, there is no single solution. As we’ll see in later articles, there may ultimately be no workable solution for what’s to come. Currently, there are a few methods used to mitigate light pollution for ground-based telescopes.

Next time I’ll detail how all those will work and even if they will work well enough.

Until then, I hope you and your loved one’s are safe during this terrible time.